THESE SIMPLE FORMS COULD CHANGE THE WAY YOU LIVE AND DIE 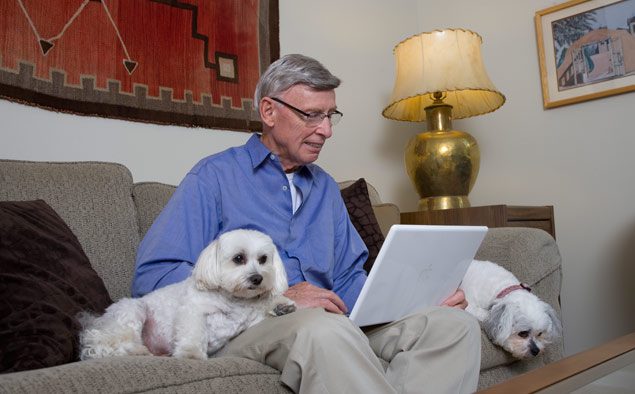 Preparing your ADVANCED DIRECTIVES now could save your loved ones pain and heartache later. A Power of Attorney, DNR, and Living Will can make all the difference in how you live and die.

Most of us never think about becoming permanently disabled or dying. Life passes quickly. We’re all so busy with work, kids, spouses, chores, caregiving, and more. Who has time to think about that? When we’re reminded about such unpleasantness, we tend to push it off to the side; something to think about ‘someday’, but as we all know, time has a way of slipping by, and ‘someday’ never comes. We all assume it could never happen to us, or to the people we love, but the fact is, any one of us could be involved in an accident, develop a chronic or life-threatening illness, or become permanently disabled suddenly and without warning.

Recently, a distant relative found himself in this exact situation. An only child who had never married, his elderly parents had died several years ago. Short of distant cousins he had lost touch with over the years he had no immediate family to make healthcare decisions for him. He lived alone, and had it not been for an alert property manager who noticed the newspapers piling up in front of his door, he might not be alive today.

We don’t know exactly what happened, but the manager entered his room and found him unconscious, on the floor, apparently having laid there for several days. He was rushed to the hospital, barely clinging to life. Serious medical decisions were made for him in an effort to save his life, including amputating one leg, and then, when the infection continued to spread, amputating the other.

Somehow, one of my cousins found out he had been hospitalized and rushed to his side. Due to his fragile health, communication was difficult. At times he was aware his legs had been amputated, and others he was not. At one point, his heart stopped and the hospital staff brought him back. But was it what he wanted? The staff had no way to know. He had no advanced directive letting them know what he wanted in this type of situation.

After the staff restarted his heart, my cousin asked him what he wanted to do, in the event his heart stopped again. Did he want to live? Did he want the staff to try to save him, or let him go? He indicated he wanted to live. With some instruction from their patient, the doctors now know what to do moving forward, but had he not been able to communicate, they would have been forever questioning their decisions in an attempt to save his life.

We all remember the Terri Schiavo case. Because she didn’t have an advanced directive, letting medical staff know what her wishes were in the case of serious illness or life-changing disability, the choice between letting her go and keeping her alive fell to family members who vehemently disagreed, and the courts. For 15 years, her body laid in a vegetative state while her loved ones battled over what they thought she wanted, until she finally died in 2005.

As patients, with an advanced directive we have the ability to make those decisions for ourselves, even if we are unable to speak or communicate. Much like auto insurance, we all hope we will never need to use them but the easiest way to ensure that your loved ones don’t struggle with end-of-life decisions for you, should anything catastrophic happen, is to write them down.

If you are a caregiver for a disabled or elderly loved-one, these are documents that they, too will need so that you are able to provide them with the care that they need, while honoring their personal wishes.

ADVANCED DIRECTIVES EVERYONE MUST HAVE:

Forms and laws vary by state, but generally you will want the following:

This Healthcare Power of Attorney allows you to designate someone you trust to make medical decisions on your behalf, such as a spouse, children, or even an attorney.

In the event of mental incapacity, such as Alzheimers or Dementia you can also designate someone to handle financial responsibilities on your behalf, with a Financial Power of Attorney. Often this will be granted to an adult caregiver, spouse, or attorney to take care of any financial decisions or bill-paying, should you become unable to do so yourself.

A Living Will should go hand-in-hand (some states combine the two) with a Healthcare Power of Attorney. While the Power of Attorney designates the person who will be making care decisions on your behalf, the Living Will spells out your actual wishes, removing any doubt as to the level of care you wish to receive.

DNR or DO NOT RESCUSITATE:

Having a DNR (DO NOT RESCUSCITATE) in place lets family and healthcare providers know your specific wishes on whether or not you want them to attempt to bring you back in the event your body has ‘died’. As in the Terri Schiavo case, every patient is different, and there is always a chance of brain damage or permanent disability after a patient has been brought back. A DNR allows the patient to decide if they wish to take that chance or not.

Having these simple documents spelling out your end-of-life wishes can save you and your loved-ones much heartache during what is, undoubtedly, an already difficult time.